These authors contributed equally to this work. Chanjuan Hao, Ruolan Guo and Jun Liu should be considered joint first author.

Among 107 patients with respiratory symptoms, We identified 51 pathogenic or likely pathogenic variants in 37 patients by ES (with or without copy number variants sequencing). Our study demonstrated the effectiveness of ES as a first-tier test in China for diagnosing monogenic diseases of respiratory system

The study was approved by the institutional review board of the Hospital (BCH, Approval No. 2015-26). All the patients or legal guardians provided written informed consent for this study. For the patients undergoing ES tests, they or their legal guardians have the right to decide whether or not to be informed of the results of secondary findings.

Patients in this research were initially referred to the Department of Respiratory inclusion criteria were hospitalized patients, respiratory involvement, and suspected genetic disorders. The assessment for the option of genomic testing assays was carried out by a panel of trained physicians and geneticists at Beijing was performed for suspected monogenic disorders with respiratory system involvement. Parallel testing by ES and copy number variants sequencing (CNV-seq) were performed for suspected syndromic disorders, as the likelihood of a chromosomal condition was not excluded by the specialist team.

This article is protected by copyright. All rights reserved. Accepted Article Multiplex Ligation-dependent Probe Amplification (MLPA) For one or more exons deletion or duplication of gene level, we use MLPA to make a further verification of the copy number variations (CNVs). The MLPA probes, reaction and data analysis were performed according to the recommendation of the MRC-Holland protocol (www.mrcholland.com).

For the patients with suspected syndromic disorders, we performed parallel ES and CNV-seq. In this strategy, CNVs detection and calling were performed using our in-house pipeline. In brief, CNVs detection was based on two sequencing datasets. One dataset was derived from the sequencing of targeted exome library captured by the uniquely designed probes. The probes (iGeneTech, Beijing, China) were added per 50 bp in intergenic regions and intronic regions to better call CNVs from ES data. CNVkit was used to call the CNVs (>250kb) and the parameters were as default. The other part of data was derived from the directly sequencing of the library without capture. Each sample yielded one giga base (Gb) raw data. CNV analysis based on low-coverage genome sequencing (0.3X) was used to call the large CNVs and the healthy parents were used as the reference control samples. The procedure was described in details (Hu et al., 2020). The analysis and interpretation of CNVs have been described before and were carried out the same as described above.

In the 107 patients, there were 73 males (68.2%) and 34 females (31.8%) (sex 5), with a median age of 15 months (ranging from 1 month to 18 years) at the time of sample collection. Detailed phenotypic data were collected and anonymously according to the standardized Human Phenotype Ontology terms. Of the 107 patients, 96 (89.7%) (mainly with respiratory system involvement) were performed with ES, with 94 receiving trio-ES and 2 (P54 and P106) proband-ES due to unavailability of their parental samples; 11 (10.3%) with multiple congenital malformations or syndromic phenotypes were performed with parallel tests of ES and CNV-seq (Figure 1). The overall average turnaround time (TAT) to issue an initial report was 4 weeks (ranging from 3~6 weeks).

We identified 51 pathogenic or likely pathogenic variants in 37 patients (Table 1). The criteria for establishing a positive test included: (i) variants were classified by following the ACMG/AMP guidelines into pathogenic/likely pathogenic (P/LP) ones; (ii) variants were in line with the segregation law (a heterozygous P/LP variant was detected in the gene with dominant inheritance pattern; or homozygous/compound heterozygous P/LP variants were detected in the gene with recessive inheritance pattern) The overall diagnostic yield of 107 patients was 34.6% (37/107). Among these 37 cases, two of them (Patient 44 and Patient 73) have been previously described and published (Hu et al., 2019; Liu et al., 2019). Autosomal dominant (AD), autosomal recessive (AR), X-linked dominant (XLD) and X-linked recessive (XLR) disorders were observed in 12 (32.4%), 18 (48.6%), 1 (2.7%) and 6 (16.2%) patients, respectively (Figure 2A). 37.2% (19/51) SNVs and CNVs were not reported in previous literature or public databases. Of the 12 AD cases, 10 (83.3%) had de novo variants and 2 (Patient 98 and Patient 100, 16.7%) had inherited variants. Reviewing the family history of Patient 98, we found the father had recurrent epistaxis during childhood, which was a characteristic feature of ENG mutation. The father of Patient 100, with a mutation in SFTPC, has thus far experienced no symptoms, which is reasonable and acceptable as pulmonary surfactant metabolism dysfunction-2 (SMDP2) caused by SFTPC mutation has a highly variable phenotype and reduced penetrance. Among the 18 AR disorders, there were 4 (22.2%) cases of homozygosity, and 14 (77.8%) cases of compound heterozygosity. Of the 6 XLR cases, 1 (16.7%) variant was de novo and 5 (83.3%) were inherited from maternal carriers. The XLD de novo variant was identified in FLNA gene in Patient 12 (female). Two CNVs were observed in 2 individuals. The CNV detected in Patient 73 by parallel tests was de novo(Hu et al., 2019). Patient 6 had a homozygous ~200 kb deletion (ranging chr9: 214929-418085, GRCh37/hg19) encompassing exons 1~30 of DOCK8 gene that were inherited from the consanguineous parents. This deletion analysis was performed based on the ES reads depth data and further confirmed by MLPA (using the SALSA MLPA P385-A2 DOCK8 probe mix)

Precision diagnosis and its clinical management

Of the diagnosed disorders, PIDs was diagnosed in 48.6% (18/37) patients, which was the most frequent monogenic disorders in respiratory medicine. The second most frequent disorder was PCD accounting for 24.3% (9/37) of the patients, followed by 16.2% (6/37) syndromic disorders (Figure 2B). The molecularly definitive diagnosis was classified into four categories (Figure 2C). A, 21.6% (8/37) patients who had no clinical diagnosis due to nonspecific phenotypes obtained definitive diagnosis. Of these, five cases presented with multiple congenital malformations, one case was diagnosed as interstitial lung disease (ILD), one with achondroplasia, and one with platelet glycoprotein IV deficiency. B, 8.1% patients (3/37) changed the initial diagnosis after obtaining molecular diagnosis. C, 15 patients (40.5%) who were clinically diagnosed as PIDs were molecularly confirmed and classified into different subtypes, for which specific treatment options were considered. D, 11 patients whose previous diagnoses were confirmed according to genetic testing results, mostly as diagnoses of PCD (6/11). Molecular findings guided the clinicians to reach a definitive diagnosis, which is directive to the patient care and effective therapeutic measures. A subsequent change in clinical management based on the molecular diagnosis was shown in the following aspects: (i) treatment planning; (ii) further examination of respiratory system; (iii) referral for systemic evaluation; (iv) provision of appropriate genetic counseling (Table 1). Here, we list some examples. For 12 patients who were molecularly confirmed to have PIDs, bone marrow transplantation was a recommended treatment. Notably, Patient 53 with ELANE mutation that caused severe congenital neutropenia (OMIM: 202700) received hematopoietic stem cell transplantation. Patient 92 was a 5-month-old preterm-birth boy with bronchopneumonia, abnormal facial features, hydrocephalus and macrocephaly. Molecular testing identified a de novo PIK3CA mutation, and Cowden syndrome 5 (OMIM: 615108) was diagnosed (Orloff et al., 2013). Molecular findings guided the clinicians to reach a definite diagnosis, which is helpful to the proband’s care and the accumulation of knowledge of rare genetic diseases for clinicians. Patient 44, an 8-month-old boy, was referred to the clinic for recurrent fever. The patient presented mild to moderate anemia, severe neutropenia, elevated erythrocyte sedimentation rate and C-reactive protein. ES-based testing identified pathogenic compound heterozygous variants in LPIN2, which led to the diagnosis of Majeed syndrome (OMIM: 609628) (Liu et al., 2019). New subspecialist care and clinical management combined with hematology, even including additional diagnostic studies was initiated. Patient 100, a 4-month-old boy, was referred to the clinic for tachypnea after birth. Chest HRCT (high-resolution computed tomography) showed bilateral diffuse parenchyma infiltration. Molecular testing found a pathogenic variant in SFTPC, which was a mutational hotspot and resulted in pulmonary surfactant metabolism dysfunction 2 (OMIM: 610913). The molecular findings helped clinicians to identify and confirm specific genetic causes of interstitial lung disease, and provided the timely diagnosis by avoiding invasive lung biopsy. The timely diagnosis has allowed specific therapies and even referral for lung transplantation if indicated. 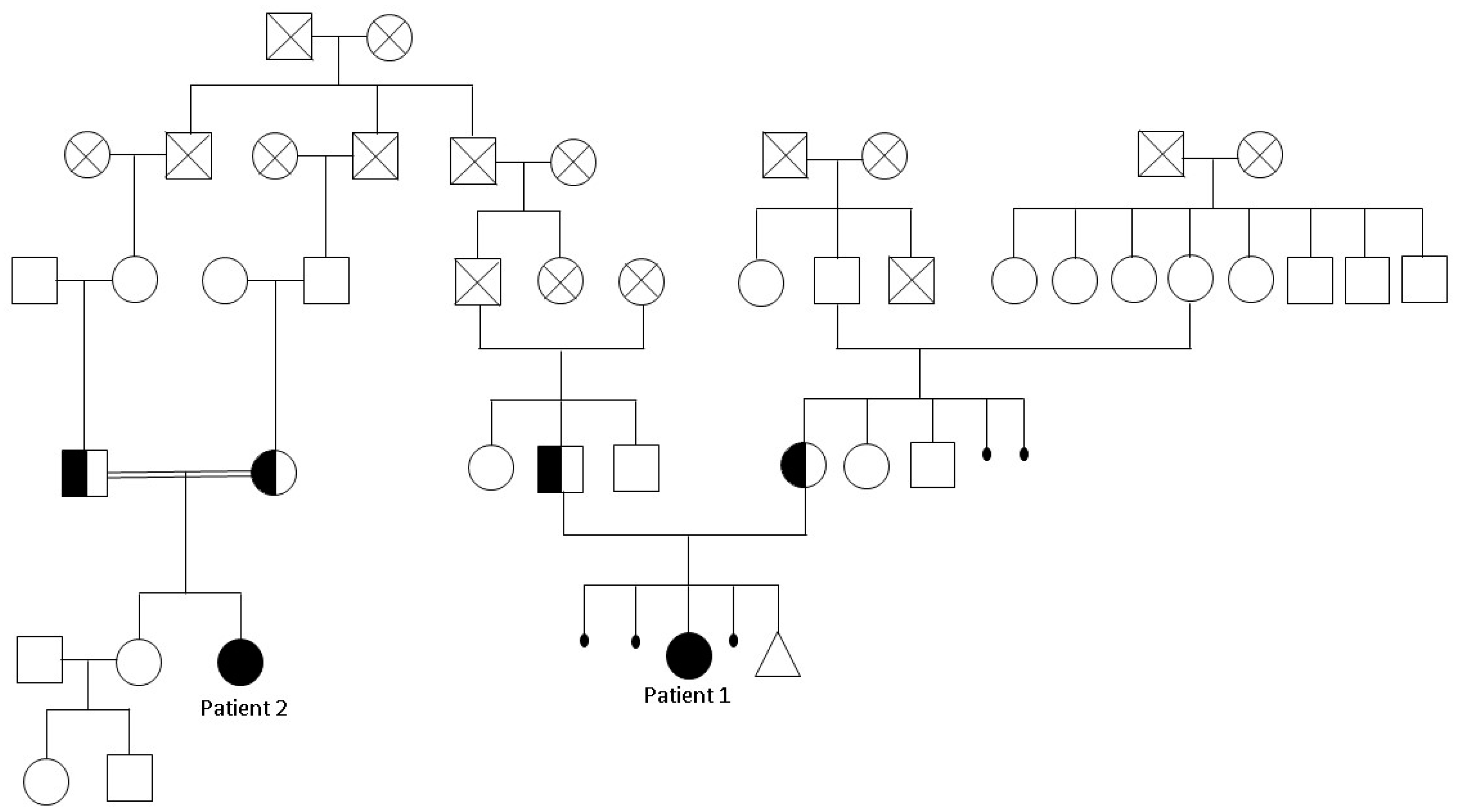 Whole exome capture was performed on the patients’ DNA by using the high-throughput NimbleGen SeqCap Exome Enrichment kit (Roche https://www.roche.com/ (accessed on 19 February 2021)) according to the manufacture’s 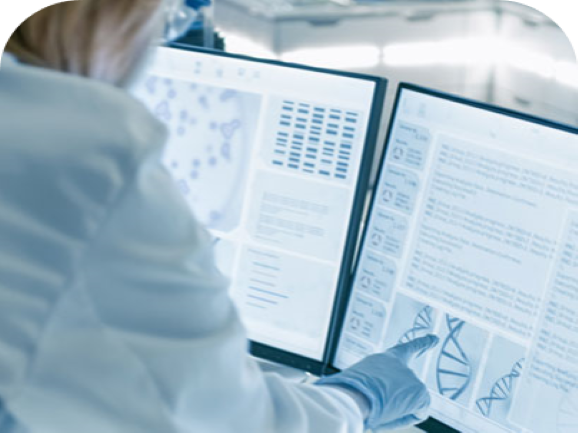 October 10, 2020 TGex is now a part of Geneyx – an integrated genomic and clinical data software suite. and available as “Geneyx Analysis” at https://analysis.geneyx.com Abstract Background The clinical 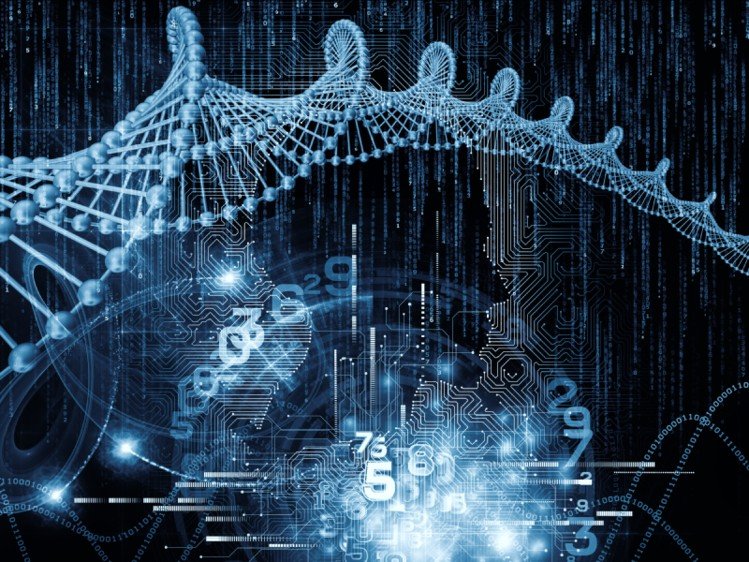 Next-generation sequencing (NGS) enabled high-throughput analysis of genotype–phenotype relationships on human populations, ushering in a new era of genetics-informed drug development. The year 2017 was remarkable, with the first

Whole exome capture was performed on the patients’ DNA by using the high-throughput NimbleGen SeqCap Exome Enrichment kit (Roche https://www.roche.com/ (accessed on 19 February 2021)) according to the manufacture’s

October 10, 2020 TGex is now a part of Geneyx – an integrated genomic and clinical data software suite. and available as “Geneyx Analysis” at https://analysis.geneyx.com Abstract Background The clinical

Next-generation sequencing (NGS) enabled high-throughput analysis of genotype–phenotype relationships on human populations, ushering in a new era of genetics-informed drug development. The year 2017 was remarkable, with the first