Patients can pay hundreds to thousands of dollars to screen for genetic health risks
– Rebecca Robbins,

Seizing on the surging popularity of at-home DNA testing kits, top academic medical institutions are opening clinics that promise to probe much deeper into your DNA—if you’re willing to pay hundreds or even thousands of dollars out of pocket to learn about disease risks that may be lurking in your genes.

Genomic sequencing programs that cater to apparently healthy adults have been started in the past few years at the Mayo Clinic; the University of California, San Francisco; and the HudsonAlpha Institute for Biotechnology, a nonprofit research institution in Alabama. Now, two top Boston hospitals are getting into the potentially lucrative business.

Brigham and Women’s Hospital on Friday unveiled a new Preventive Genomics Clinic that will offer a menu of options for a genetic workup, with price tags ranging from $250 to $2,950, depending on how many genes are analyzed; it’s the first program of its kind that will offer the sequencing to children in addition to adults. And next month, Massachusetts General Hospital plans to launch its own clinic for adults that will offer elective sequencing at a similar price range as the Brigham.

By scouring hundreds or thousands of genes—far more than most consumer genetics companies—representatives for these clinics told STAT that, in a small fraction of patients, they’re helping diagnose mild genetic diseases as well as turning up markers of elevated risks for conditions both common and rare. The test results allow clinicians to offer further guidance to patients, whether that means encouraging them to take proactive steps such as getting a preventive mastectomy or counseling them to just be more diligent about a screening that was recommended anyway.

“I think there’s just more and more interest from patients and families not only because of 23andMe and the like but because there’s just this understanding that if you can find out information about your health before you become sick, then really our opportunity as physicians to do something to help you is much greater,” said Dr. David Bick, the clinical geneticist who directs the elective genomics program at HudsonAlpha. Close to 50 adults have each paid $7,000 for whole genome sequencing and interpretation since HudsonAlpha launched the offering in 2016, Bick said.

Dr. Robert Green, a medical geneticist leading the new clinic at Brigham, is candid about the limitations of advanced sequencing programs. “It’s clearly not been demonstrated to be cost-effective to promote this on a societal basis,” he said. It’s evident too, he said, that such sequencing leads to pricey follow-up testing.

“The question that’s hard to answer is whether there are long-term benefits that justify those health-care costs—whether the sequencing itself, the physician visit, and any downstream testing that’s stimulated will be justified by the situations where you can find and prevent disease,” Green said.

Insurers sometimes cover deep genomic sequencing when there’s a clear medical reason for it, such as for people with a long family history of cancer. (The soon-to-launch clinic at Mass. General will offer such medically indicated testing, too.) By contrast, insurers generally refuse to cover the elective sequencing offered at the clinics sprouting up at top academic medical centers. There’s not yet strong evidence to indicate that apparently healthy people derive widespread benefits.

The result is that the new clinics generally serve only those who can afford to pay cash. That worries some in the medical community.

“The idea that genomic sequencing is only going to be accessible by wealthy, well-educated patrons who can pay out of pocket is anathema to the goals of the publicly funded Human Genome Project, and creates new disparities in our health care system,” said Dr. Jonathan Berg, a genetics professor at the University of North Carolina.

As more preventive genomics clinics open their doors, some report that demand is surging.

The Mayo Clinic offers elective sequencing at its flagship sites in Minnesota, Arizona, and Florida, as part of a program that is aimed at business executives. The genomics offering soft-launched in 2014 and has gradually attracted more interest each year. But demand “really started to take off” last year, after sequencing was added to a menu of options for executives interested in a medical workup, said Teresa Kruisselbrink, a genetic counselor who manages the team at Mayo that helps patients interpret these results. More than 1,300 adults signed up to get sequenced last year.

Other clinics, though, have seen less interest.

Since UCSF opened its preventive genomics clinic in 2017, a few hundred people have paid to get genomics panels ranging from about $300 to $800, or for more thorough exome sequencing ranging from about $2,000 to $2,500. Dr. Aleksandar Rajkovic, UCSF’s chief genomics officer who leads the clinic there, said he was a bit surprised that demand hasn’t been higher.

One reason for the modest demand, he mused, is that UCSF hasn’t heavily advertised the service. Another? “Most regular physicians are not really recommending it because at this point in time there really haven’t been studies that show the significant clinical utility of doing these testing in healthy populations,” Rajkovic said.

One of the priciest high-end sequencing offerings is a commercial one, from Human Longevity Inc., the San Diego company founded by genomics pioneer Craig Venter. In 2015, HLI launched an extraordinarily in-depth medical workup, including genetic analysis, for $25,000. Seeking to bring in more customers, the company started offering discounts, dropping the price to $4,950 as of last summer. (HLI didn’t return STAT’s requests for comment on current pricing.) But that business hasn’t grown as quickly as executives and investors hoped, the Wall Street Journal reported last December.

At the new clinic at Brigham, which is expected to primarily draw people from the Boston area, Green said he’s not worried about demand.

“We’re not trying to make a profit—we’re trying to offer a service in a medically responsible way. And so if a very modest number of people want to use it, that’s fine,” Green said. “What we’re trying to say is that people are using this, whether it’s HLI or consumer-facing laboratories over the internet, and we’d like to provide them with an alternative.”

Green’s new clinic at Brigham grew out of his work on several of the most ambitious research studies aiming to assess whether thorough genomic sequencing is worth it. One was BabySeq, a study of 360 newborns that randomly assigned half of the group to get genomic sequencing and the other half to get standard screening. Another was MedSeq, a study of 200 adults that randomly assigned participants to either get their genome sequenced or their family medical history analyzed.

One of them is Nicole, a Boston-area entrepreneur in her 40s who requested her surname not be disclosed because she does not want insurers to know that her genome has been sequenced.

Nicole, who was connected to STAT by representatives from Brigham, said she learned about the new offering at a fundraiser in New York supporting Green’s research.

To decide what to order, Nicole read through a menu offering genomic sequencing and gene panel tests, including several offered by genomics companies. After weighing her options, she decided to move forward with a $2,950 offer, to be run by a laboratory operated by the Boston area Partners HealthCare system, that would scour more than 3,700 of her genes for disease risk. She also added on a $349 test from the company OneOme that promised to analyze her DNA to see how it influences the effectiveness of certain medications. (Green is a paid adviser for several genomics companies, including Veritas Genetics, one of the companies on the Brigham clinic’s menu of offerings.) 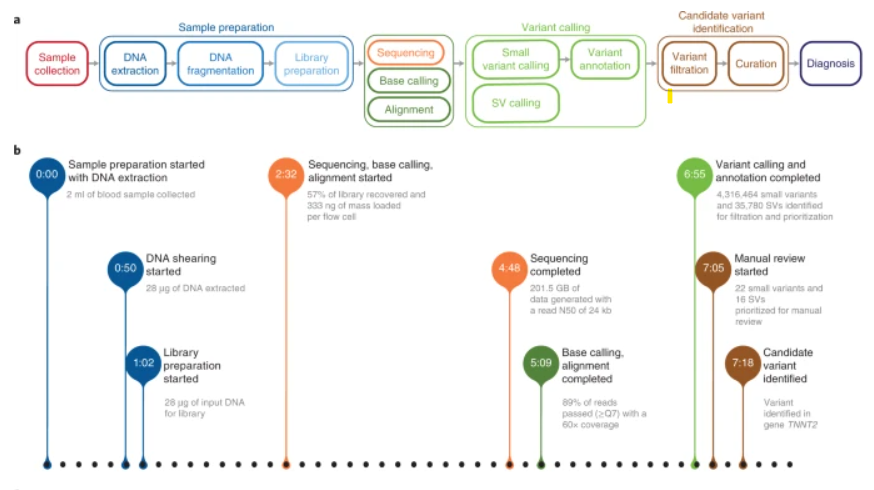 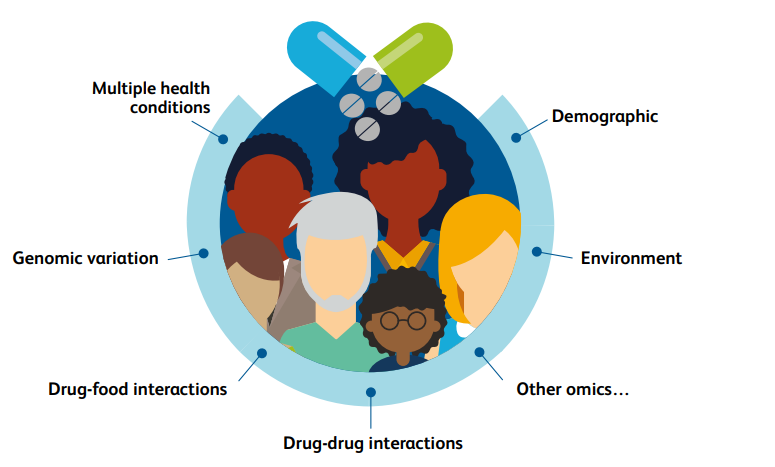 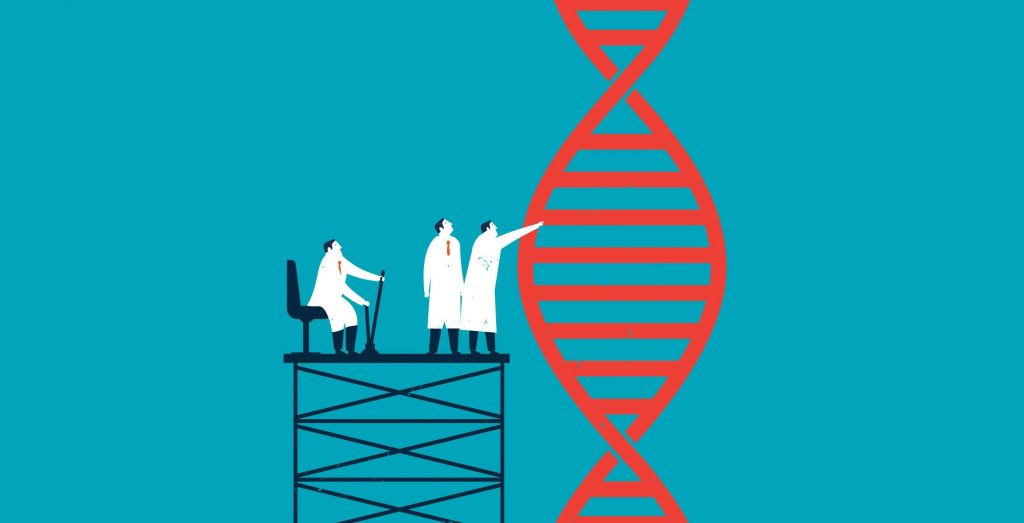 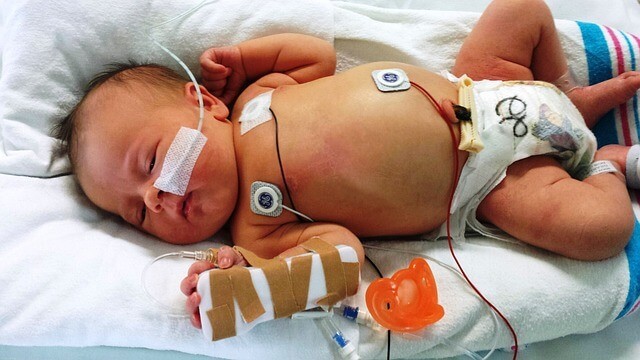 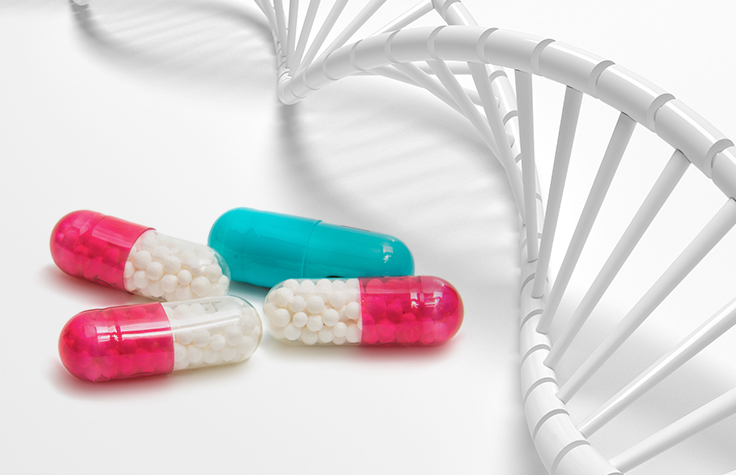